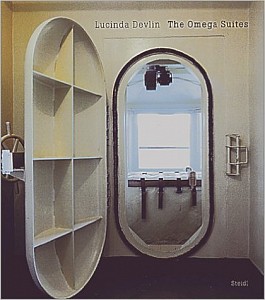 During the early 1990s, Lucinda Devlin systematically took photographs of gas chambers, injection rooms, electric chairs, and death row cells in the rural United States. She entitled the resulting series The Omega Suites, alluding to the final letter of the Greek alphabet as a metaphor for the finality of execution. More than just a critique of the death penalty, Devlin's austere, haunting images extend that critique to an American society in which 70 percent of the citizens support the death penalty. In her photographs, death row and the death chambers are symbolic of American culture and the American psyche. An electric chair in one image, placed in the center of a room amid emptiness and clinical sterility, resembles nothing so much as a throne. Elsewhere, the somber cross-like stretcher used for lethal injections invokes the execution as religious ritual, complete with a captivated audience. Icy and compelling, these photographs paint a clearly defined picture of a world we often choose not to see.