Nina Korhonen has just had a new book published. The photographs in Happy/Brooklyn 1988-93 are from Korhonen’s first photography project. During her time as a photography student in Stockholm she traveled to Brooklyn to visit her grandmother Anna and to tell the story of Finntown, a part of Brooklyn that in those days was inhabited by Finnish immigrants. On the weekends she visited Coney Island, photographing people swimming, adolescents roaming the beach and families on picnic.  “Life and taking photographs were pleasurable, simple and unpretentious. This book is a tribute to all the people I met, and to that which was, which never will be again. Remember.”

With Family Car Trouble, Gus Powell plays with the form of the novel, both as material object and as narrative vehicle for expressing interior life. The work records and reckons with the arrival of children, the departure of a father, and the maintenance of a difficult 1992 Volvo 940 station wagon--a new classic of the Automotive Bereavement Parenting genre.  It’s not for everyone, but it might be for you!

The exhibition “Anna Amerikan mummu” featuring works by Swedish photographer Nina Korhonen will be on view from January 17-February 24 at the Latvian Museum of Photography, Riga.

According to Korhonen, the show is a story and tribute to her beloved grandmother, Anna. The photographs, made in New York and Lake Worth, Florida between 1993-1999, depict everyday life--sensual, warm, and with much humor. The exhibition is a tribute to an elderly woman who sought a different life and found it. The journey to America had been her grandmother’s dream since she was eight years old and promised to follow her aunt to the great “Wonderland”. Anna was 40 years old, and it was a difficult time in Finland, impossible to find a job. Her husband Kalle had travelled as the chief engineer to all the great ports of the world, now he thought that it was his turn to stay at home. In spring of 1959, Anna realized her life’s dream and alone, with a couple of hundred dollars and no special skills in the English language, she took the airplane to New York. She lived in Brooklyn and worked as a cook in a wealthy family in upper Manhattan. Anna flew to Tampere, Finland every summer and Kalle flew to her in New York every winter. When Kalle died in 1985, Anna gave Nina his camera. A few years later, when she found old colour photographs from their trips, she decided to keep portraying Anna in her own way. She visited Anna regularly for two or three weeks at a time and photographed her in her home and favourite places. Anna called Nina her “back-scrubber,” and Nina listened Anna’s stories and learned about her “Amerikan mummu”. Anna spent 40 years in America. She died from cancer at 83 years old. For the last six years, she had the beloved sunlight all year round. She travelled between her three homes – spring and autumn in New York, summer in Finland and winter in Florida. It was exactly as she had dreamt it would be.

NEW YORK--(BUSINESS WIRE)--Nov 8, 2018--Citi Community Development has commissioned famed photographer Gus Powell to create Bring Them Homes: Photographs of Resilience, a 30-image exhibition that shines a light on the perseverance and dynamic stories of veterans that were once homeless or at risk of homelessness. The exhibition, curated by the Citi Fine Art Department, will be open to the public and on display at Citi’s Long Island City Offices, 1 Court Square, from November 8 th through January 30, 2019.

Nina Korhonen (b. 1961) is known for her strong and respectable images. One of Nina’s most well known photography books, ‘Amerikan Mummu’ won Sweden’s best photography book award in 2004. Nina’s extensive works have attracted audiences to 41 exhibitions around the world. The first exhibition was in the 1989 Raders Art Museum in Denmark and afterwards galleries in, Stockholm, New York, Copenhagen, St. Petersburg, Paris, Istanbul as well as many other cities have become familiar with Nina’s work. Nina’s latest book, Monkey to Monkey, appeared in Spring of 2018. The photos were made as part of Nina’s travels through China over a period of 12 years and the exhibition is dedicated to Nina’s beloved grandfather Kalle Väisänen. “Monkey to Monkey is a fascinating peek through Nina Korhonen’s camera lens documenting the daily lives of Chinese people. The pictures combine the 12-year cycle of Chinese astrology, during which time Korhonen photographed in both China’s major cities and rural areas.” 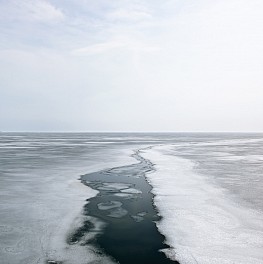 Lucinda Devlin to be included in LAND__SCOPE @ The Münchner Stadtmuseum, Germany 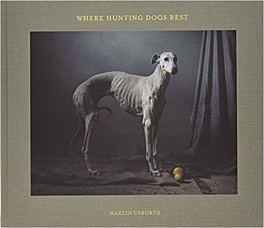 The Humane Society of New York has awarded its 2018 Humane Medal to Martin Usborne for his outstanding service on behalf of animals. Usborne's deep concern for the abandoned and ravaged hunting dogs of Spain, the Galgos, has resulted in his extraordinary book, Where Huntings Dogs Rest (Kehrer Verlag, 2015). His portraits give his subjects the nobility and stature they deserve, while subtly exposing their cruel and inhuman treatment.

These dog pictures were taken on a Sunday at the dog beach in Fort DeSoto Park in St. Petersburg, Florida. The series is entitled Dog Beach and is part of Tony Mendoza: Cats and Dogs, an exhibition presented by Ohio-based photographer and writer of Cuban descent Tony Mendoza. Carmen, his wife, a Spanish teacher, was attending a one-week Advance Placement Workshop in St. Petersburg. He tagged along, with their dog Bob, a long-haired dachshund who became something of a canine “muse” to the photographer.

The 38th edition of The Photography Show will be held April 5-8, 2018, at Pier 94, NYC. More than 100 of the world’s leading fine art photography galleries will present a range of museum-quality work including contemporary, modern, and 19th century photographs, photo-based art, video, and new media. The Show will open with a vernissage on April 4, 2018.

GRAM’s exhibition Tony Mendoza: Cats and Dogs, presents photographs by this Ohio-based photographer and writer of Cuban descent. Among the eighteen-works included are black and white images from his 1985 project, Ernie: A Photographer’s Memoir, which features a photogenic feline Mendoza encountered upon moving to a new apartment, as well as color images from the series Dog Beach, and Bob, named for a dachshund who became something of a canine “muse” to the photographer. Mendoza’s images combine an animal-lovers’ focus on a subjects’ behavior and personality with a photographer’s attention to composition, light, and movement.