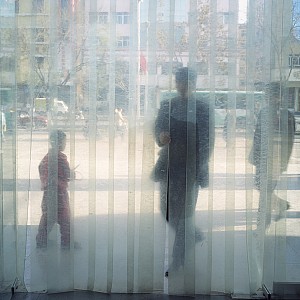 The Photography Show Presented by AIPAD

With an expanded program of exhibitions and events, The Photography Show will be held March 30 – April 2, 2017, in its new location at Pier 94. More than 115 galleries from around the world will offer contemporary, modern, and 19th century photographs as well as photo-based art, video, and new media. Presented by AIPAD (the Association of International Photography Art Dealers), the 37th edition of the Show will commence with a Vernissage on  Wednesday, March 29. One of the world’s most highly-anticipated annual art fairs, the Show is the longest-running and foremost exhibition dedicated to the photographic medium. Highlights of the 2017 Show will include more than a dozen AIPAD Talks featuring prominent curators, collectors, artists, and journalists. Special exhibitions on loan from the noted collections of Artur Walther, Martin Z. Margulies, and Madeleine P. Plonsker will be on view. New projects will include portrait-making with the world’s first digital camera, the AIPAD Screening Room, and an outdoor video projection. In addition, more than 30 book sellers and publishers will also be represented at the Show. The Arnold Newman Prize for New Directions in Photographic Portraiture, awarded annually as a tribute to Arnold Newman’s lasting contributions to the fields of portraiture and teaching, will be announced March 29 at 7 p.m., and booth 610 will feature work by the winner and three finalists. The AIPAD Award honors visionaries who have contributed to the field of photography including artists, curators, publishers, and others. The first recipients of the newly inaugurated annual award are Sandra Phillips, longtime curator of photography at the San Francisco Museum of Modern Art, and Anne Wilkes Tucker, founding curator of photography at Museum of Fine Arts, Houston. Both curators will be honored in a public celebration during The Photography Show.