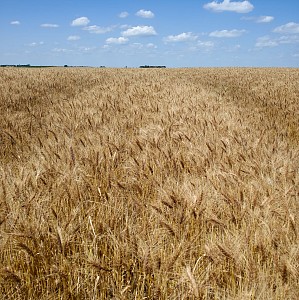 Lucinda Devlin's photographs serve as social commentaries on timely and socially relevant issues such as personal rights, the death penalty, and agribusiness. An internationally recognized American photographer who now lives in Greensboro, Devlin began her career in the 1970s during the genesis of color photography in America. At the time, she took up not only color photography, but also the artistic approach that she continues to this day, one that emphasizes an objective or neutral point of view. Devlin also discovered her preferred subject matter: psychologically charged spaces absent of any human figures yet nonetheless signaling contemporary public and private life. Her earliest series, Pleasure Ground, featured droll images of thematic hotel rooms. Subsequent series (Habitats, Subterranea, Corporal Arenas, Field Culture, and Lake Pictures) have continued to probe the meaning of place at such sites as zoos and amusement parks, tanning salons and health spas, hospitals and funeral homes, agricultural facilities and open fields, and lastly, Lake Huron's shoreline. Her most provocative and best known series, The Omega Suites (so named after the final letter of the Greek alphabet), proffered emotive images of sterile execution chambers and the apparatuses associated with them.

Organized by the Weatherspoon Art Museum, Lucinda Devlin: Sightlines is the artist's first museum retrospective. The exhibition features 83 photographs chosen from all eight of Devlin's series—many of which were printed for the first time for display in the Weatherspoon's main McDowell Gallery.

The exhibition is accompanied by a fully illustrated catalogue featuring an essay by Lisa Hostetler, Curator in Charge, Department of Photography, George Eastman Museum, which contextualizes Devlin's work within the history of photography. Following its presentation at the Weatherspoon, a smaller version of the exhibition will travel to the George Eastman Museum in Rochester, NY.

The exhibition is organized by Elaine D. Gustafson, Curator of Collections. Partial support has been provided by the North Carolina Arts Council, a division of the Department of Natural and Cultural Resources, and the Elizabeth Firestone Graham Foundation.