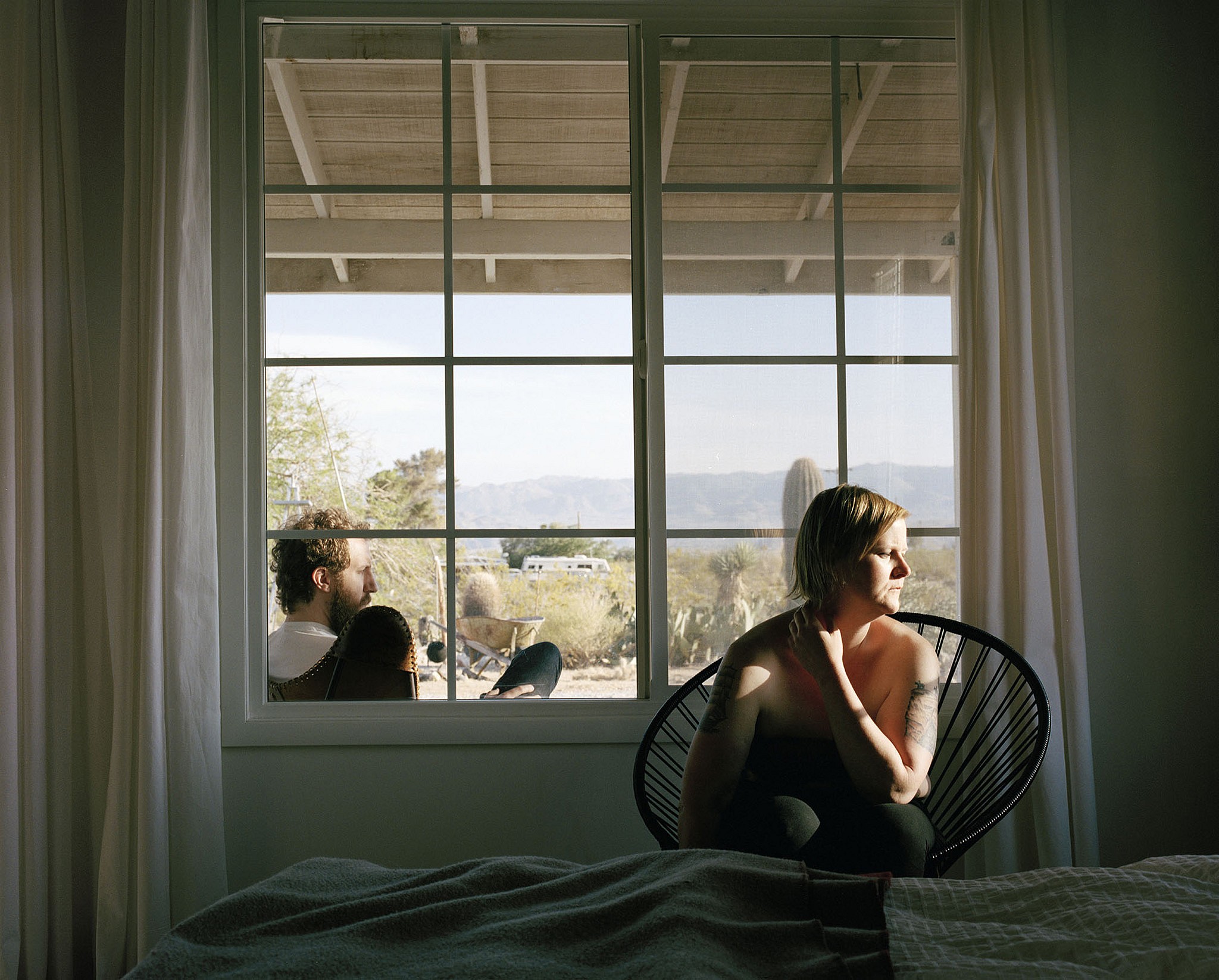 “Since the publication of Eleven Years, I found that most of what I wanted to say about my body had been said.  It was difficult to continue making the types of images I’d been making for over a decade, showing my vulnerability and questioning society as it related to my individual experiences. Initially I turned my lens from my body and directed it towards a community of female body builders whose goal was to obtain perfection in their physical appearance.  Their extreme physical transformation culminated in a performance on stage where they were judged next to their peers.  Strangely, there was something I could relate to in this activity, mostly in the performative element, but also, I was experiencing a physical transformation in my own body, giving me a sense of confidence that had always been absent.

While investigating the body-builders, I met a man named Stephen who would become my first adult relationship. The self-portrait series, that had hovered in the background, came forward again and quickly started to shape itself around this relationship. I began photographing our shared moments as a couple and Stephen as a subject of desire, my personal desire. The act of making photographs of us together differed from my engagement with male sitters in the earlier series, as they were all surrogates, role-playing for the camera the notion of a relationship with me. I had to come to terms with the “realness” of this sense of desire for Stephen, as it was not fabricated strictly for a photograph.

The resulting series titled “Stephen and I,” made over the past four and a half years, is as much a celebration of love as it is a reminder of what was missing so extremely in my life—the closeness of an emotional and physical bond that would play out in the photographs. The fear is that these images might seem sentimental, but I believe there is something deeper here, even as this series acts as a testimony of time, reflections on the past, and hopes for the future.  Simply put, it is a meditation on love.  In making these images, I still maintain that critical vision of myself—chronicling my changing body and considering the insecurities of age and fears associated with being alone.”